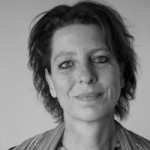 The more nationalist a Turk, the more he considers the Kurdish region as a part of the country where he will never ever set foot. They passionately deny the existence of Kurdistan, but without realizing it they created the country in their minds. Who are the separatists here?

The Roboski massacre was not an accident. It was a deliberate bombing of a group of poor smuggling villagers. We cannot forget Roboski. May our hearts dry out if we do.

Earning a living on rugged terrain while you are being watched by drones, and by soldiers from the ground and from their army posts on the mountain tops. Finding your way over paths on which many smugglers got into trouble with authorities before and on which in one evening 34 of them were bombed to death. A state forcing its own citizens into such a deplorable and dangerous situation, that is where mind blowing absurdity begins.

The peace process in Turkey has to reach an agreement before the Roboski massacre will be properly investigated and before a government leader can genuinly apologize for it. Until then, the commemoration will remain as it is: an emotional and political call for justice, in which people can not find a sense of closure.

There is a rumour that two of the pilots that carried out the Roboski massacre resigned from their jobs. Someone told me that this is ‘divine justice’. However, Real justice, with those responsible facing an independent inquiry is the only thing that can sooth the deep pain that this massacre has caused so many people. Including the F16 pilots. 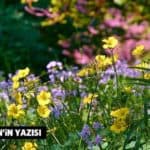